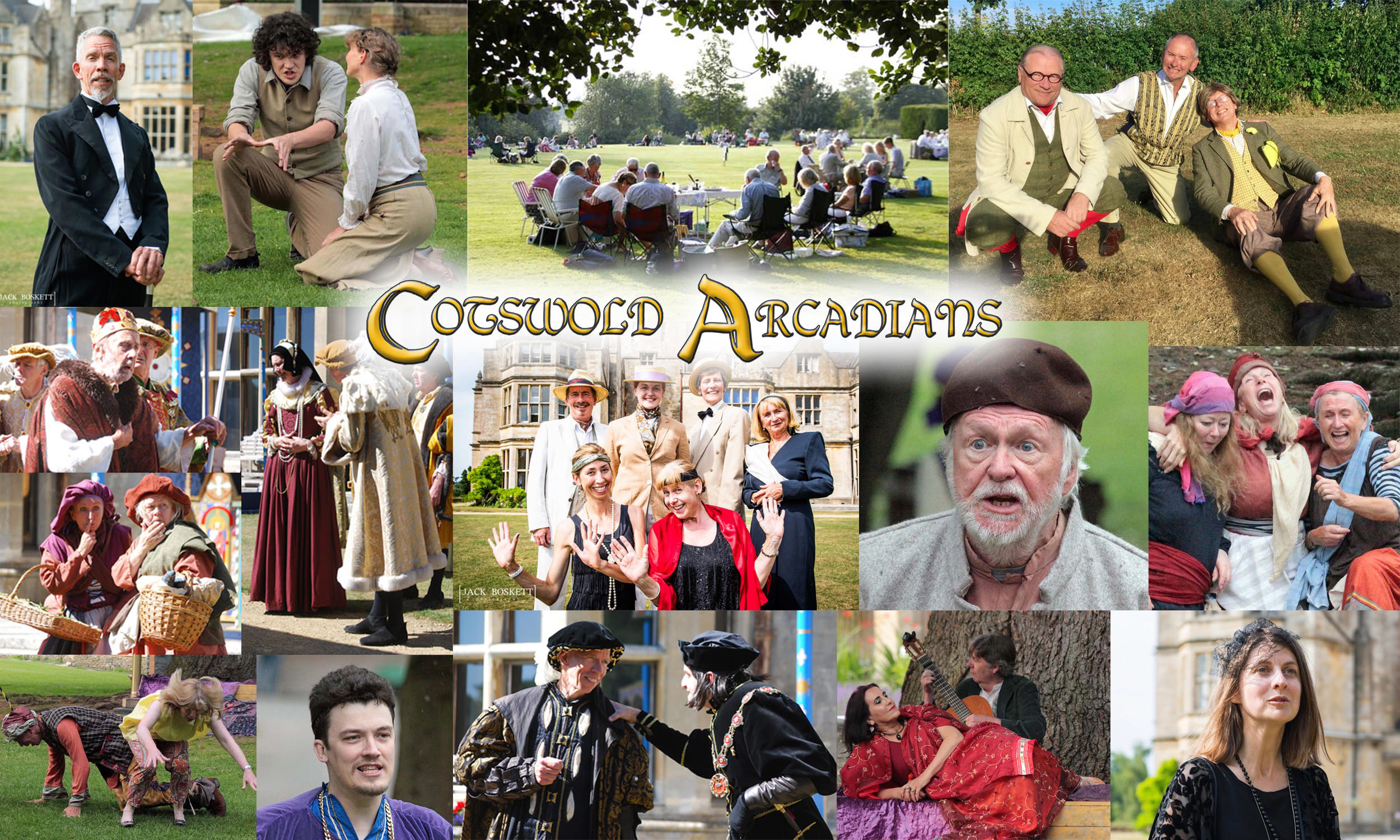 From the Director, Kate Raw

“Let me see, what am I to buy for our sheep-shearing feast?  Three pound of sugar,five pound of currants, rice.  Rice?  What is this sister of mine to do with rice?”

We’re nearly there!  I always call this time in a show ‘the buying time’.  From going tocostume warehouses (9½ hours spent in a semi-lit warehouse in Bristol!) to finalisingprops, buying paint, make-up, more trousers, ordering the programmes and setpieces, this time feels like a constant stream of spending.  The Clown says "I cannotdo’t without counters" and I feel much the same way!  But I hope you can see fromsome of our wonderful publicity photographs (thanks, Jack Boskett!), that the castall look wonderful in their costumes.  Our props team have been working hard onmaking bear claws, painting a throne, and deciding what a ‘fardel’ looks like.  Therest of the committee have been busy finalising set transport, hanging banners, andputting up signs all over the countryside!  Hopefully you’ve seen some of the signsas you’ve been driving around Cirencester/Fairford/Lechlade.

We have about a week's-worth of rehearsals left, and we’re seeing the whole showcome together – our Sunday rehearsal was a bit of a scorcher this week outside atHatherop Castle, but it was wonderful to enjoy the sunshine and to have a picnic lunchwith the cast!  Roll on Show Week!

“Let’s have some merry ballads!”Music plays an important role in many of Shakepeare’s plays, and The Winter’s Taleis certainly one of these!  The second half of the play is sometimes described as apastoral (it’s the pleasant countryside half – also seen in As You Like It) and, as such,is full of singing shepherdesses, a band called ‘The Saltiers’, as well as a roguepedlar called Autolycus, who goes about selling ballads, amongst otherthings...  There is also music for the more magical aspects of the play (no spoilers!) As we get nearer to rehearsals starting at the end of this month, I have been lookingat a wide range of inspiration for the music, from what might have been the originalsettings of these songs in The English Dancing Master, to more contemporaryclassical music and even Bulgarian women’s choirs!  I want to create a soundscapefor the production that navigates us from the court of Sicilia to the mythical shoresof Bohemia.  I visited Iceland in March, and listened to a lot of Icelandic folk, as wellvarious types of polyphonic harmonies, which I’m interested in using for the moreserious parted of the play.  I hope the music will add to the storytelling – carrying usalong the journey with the characters.

“Thou met’st with things dying, I with things newborn”This quote from this year’s production is resonating with me at the moment. Transitioning from one show to another is standard practice for directors, but italways feels a little strange.  Months and months are spent preparing for aproduction, getting to know the story and the characters inside out, and you couldprobably repeat the play backwards by the performance dates, and then it’s over,another band of happy memories.  You place the script back on the shelf; in mycase, Macbeth, full of death, madness and misery, and take another in hand, readyto start afresh with a new group of actors and team members.  The Winter’s Talefeels like an appropriate follow on for me as a director.  The first half is unequivocallya tragedy with familiar themes: a king driven mad, betrayal, accusations, death, andmore misery, but the play makes a sharp 180° at the interval, and transforms into a comedy romance with an emotional finale.  Best of both Shakespearean worlds!